Here’s something we are going to print out and paper the Free Car Mag office with, this rather awesome Ford Fiesta infographic

Since it’s conception in 1976, the Ford Fiesta has grown in popularity to become the best-selling and one of the most loved cars in the UK. The make set off the “pony car” trend and became a motoring institution, but how did we reach the Ford Fiesta we know and love today?

Moneysupermarket have outlined the full metamorphosis of the Ford Fiesta, from the original supermini to the sleek and modern Fiesta released this year. The graphic below illustrates both the aesthetic changes to the car and also the key performance changes and technological advancements from the previous models. View the Ford Fiesta’s full evolution below. 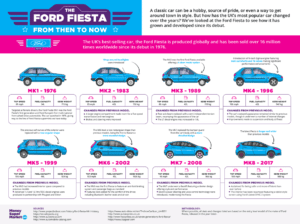 Mark II: 1983 – While changes from the Mark I were relatively minor, the vehicle also featured more space, to incorporate a five-speed transmission, and while the initial launch still used the Valencia engine, it incorporated variable venturi carburettors for improved fuel consumption. This was later dropped entirely in favour of the Ford CVH engine.

Mark III: 1989 – With the engine upgraded to the High Compression Swirl generation of the original Valencia, and the development to a five-door model, the public really caught on – and this was the best-selling Fiesta of the early 1990s, at a sales volume of 1 million units inside the first two years.

Mark VI: 2002 – The Mark VI was the first model to introduce the Anti-lock Braking System and passenger airbags as standard. With an engine anywhere between 1,242–1,998 cc and a best 0-60 acceleration of 7.9 seconds, it quickly became the best-selling Fiesta generation to date.

Mark VII: 2008 – Shown in concept as the Verve, the Mark VII (VI elsewhere) is based on the Ford B-car platform. It won the What Car? “Car of the Year” and sold over 940,000 in its first two years. The facelift in 2013 was also the first time a trapezoidal grille was used, which went on to feature in the Focus, Fusion, and Mustang.

Mark VIII: 2017 – Announced in November 2016, the Mark VIII (Mark VII outside of the UK) is stated to be larger, safer, and more efficient. A later announcement revealed the new range of Fiesta STs, complete with 200 PS 3-cylinder 1.5-litre Ecoboost engine with cylinder deactivation technology. 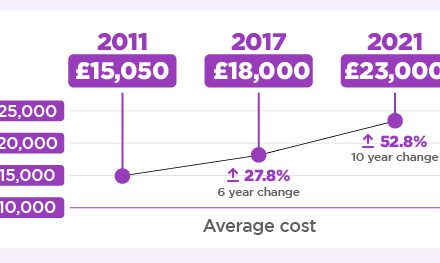 Rising Cost of Owning and Buying a Car 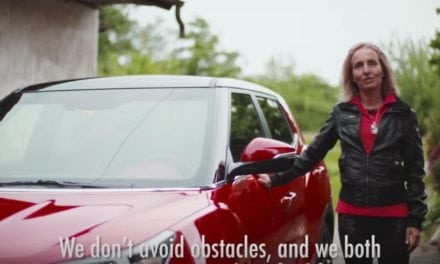 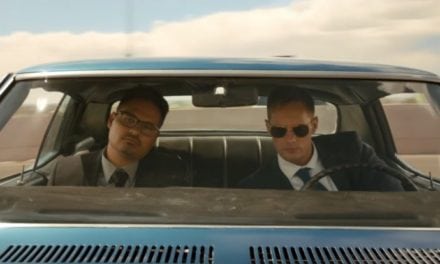 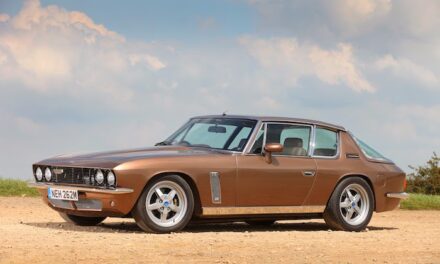