Pro Car Reports you must read 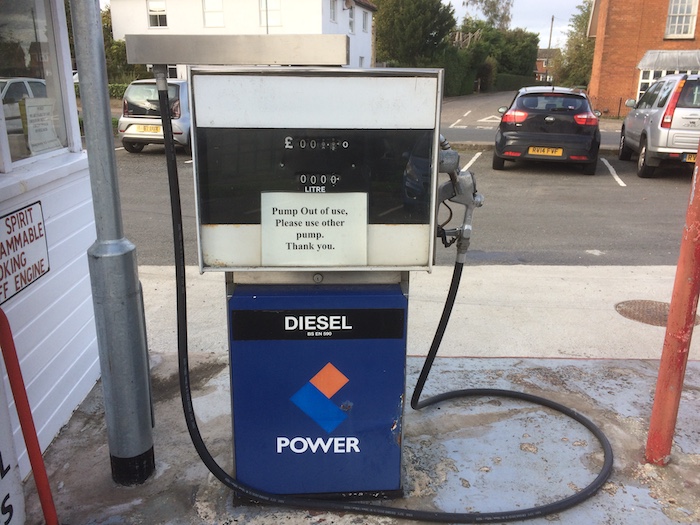 There is some good news for those of us who don’t just enjoy driving our cars, but actually need them for work. to get to the shops and generally live our lives. Recent reports give us hope. Here is a video I made recently about these publications that you can download and share. Should give you good points to win those easy arguments…

Here are some of the details on the CEBR report.

For the Economic Impacts of the 2030 fuel ban
https://fairfueluk.com/
For the RAC Report on Motoring
https://www.rac.co.uk/drive/features/rac-report-on-motoring-2022/
Quantifying Classic Car Emissions
https://loopagency.co.uk/classic-car-emissions-report/

Key Findings in a Pioneering Cebr Economic Report Sanctioned by the Fair Fuel APPG for Motorists and Hauliers, & Funded by FairFuelUK, ABD and MAG:

The environmental benefits from the proposed 2030 bans are dwarfed by the considerably additional costs.
Environmental benefits from the 2030 ban add-up to £76 billion. In contrast, the assessed costs add up to £400 billion.
These costs are FIVE times the benefits; even after using the government’s own valuations of the alleged unproven environmental benefits.
The study shows that the major costs from the proposed ban are likely to beNew vehicle purchases of £188 billion (in extra costs). Increased time lost due to waiting whilst recharging EVs, valued at £47 billion. Infrastructure for electricity generation and additional charging points of £99 billion.
There is likely to be a loss of tax revenue of £5.8 billion per annum (£2.7 billion when discounted to 2022 base year terms), on average, in the scenario of a ban in comparison to a no-ban scenario, as fuel duty and VAT dwindle away.
From the perspective of the average household, these additional costs over the period 2022 to 2050 amount to £27,400 or just under £1,000 per household per year from 2022 until 2050.
Even the overall environmental benefits from the 2030 ban are rather lower than might be assumed since approximately 50% of any reductions in emissions from usage are likely to be offset by increased emissions in EV production.
Furthermore, this analysis does not take account of the likely increased emissions and other social costs from the massive increase in mining likely to be required by EVs. These extra emissions will be transnational in nature, relating to the processing of raw materials and associated shipments across the globe.

The Cebr report in full is at https://fairfueluk.com/CEBR-2030-BAN
Comments from MPs, Cebr, Report Sponsors and Reform UK

Tory Craig McKinlay MP, Chair of the FairFuel APPG and Net Zero Scrutiny Group says: “This in-depth study from the CEBR shows unequivocally that the costs of the proposed ban on petrol and diesel vehicles would be many times the benefits. Strikingly, even when using the Government’s own methodology on carbon pricing, the study finds that the costs are a staggering five times the estimated benefits. Other reports show the CO2 savings of electric vehicles are limited, not to mention the reality of the limited supply of the elements required for batteries largely under Chinese control and the human misery associated with the mining process. No policy can be justified which has such an unbalanced ratio of costs to benefits, under a range of different assumptions. I really hope the Government will study these results carefully and abandon a policy that can only leave people worse off. It’s time for a more nuanced approach to decarbonising transport that allows for innovation across the automotive sector. Continuing with this rigid and authoritarian ban risks disaster.

Tory MP, Karl McCartney, Member of the Transport Select Committee, says: “Some of our overzealous colleagues in Parliament have devoutly followed the 2030/2050 ‘Net Zero’ mantra like lemmings. They should watch ‘The Big Reset’, it will blow their minds. This report very firmly puts them and the civil servants and ‘green’ lobby on notice that there is a vast and terrible economic cost, for both our Country and every individual who lives here, to achieve their unrealistic aims. I say unrealistic as some of us have been pilloried and castigated for speaking out, and pointing out their fallacies. Just one example: There are 35m + vehicles in the UK. They cannot be ‘removed’ nor replaced by expensive electric vehicles: there is not enough raw materials for the batteries required in the world, nor is there the power generation capacity available, nor is there the infrastructure to deliver such power requirements daily(nightly), or weekly, to the required number of individual vehicles, even if such power could be generated. There will still be ICE vehicles on land, sea and air, and maybe alternatives to fossil fuels might be a route to follow, with synthetic fuels maybe being a part of the solution of how we transport ourselves, foods, goods and materials around after 2930/2050. As a Country we need to support personal choice and vehicle autonomy: the vast majority of my constituents will never contemplate the economic lunacy of an electric vehicle. A new vehicle to them and their family is the equivalent of an average 8 yr old ICE Ford Mondeo. The self-appointed metropolitan elite need to extricate their heads and wake up to the detrimental costs to our nation’s people and economy of what they have been led to believe, and have given their tacit support too, and drive back to the reality checked side of the UK road.”

Tory MP, John Redwood says: Banning new ICE vehicles will destroy jobs and investment in the UK .It says the UK is against the vehicle industry and personal transport choice. New electric cars produce a lot more CO2 in their manufacture and are usually dearer than ICE. We are short of battery manufacturing and lack easy access to materials needed for batteries.

Labour MP, Graham Stringer says: “The assessed cost of the planned ban on petrol and diesel vehicles is a staggering £400 billion, over five times the expected benefits. It has been disappointing to see the Government push ahead with this damaging policy, showing very little sensitivity to the damage it is likely to do. The automotive industry is already struggling and this report paints a bleak picture of the likely impact of the ban. An alternative approach cannot come quickly enough.”

Howard Cox, Founder of the FairFuelUK Campaign and Joint Secretary to the Fair Fuel APPG for Hauliers and Motorists says: “The Government is sleep-walking into an economic Armageddon which they can easily avoid. FairFuelUK’s 1.7m supporters call on Liz Truss to put an end to the virtue signalling and un-consulted attempt to ban new diesel and petrol cars. The 2030 cliff edge target will bankrupt the economy, destroy jobs and automotive manufacturing, break the national grid, and prevent the development of more effective clean transport choices. Maintaining the ban will condemn the Tories to be in opposition for a generation. It’s not too late to incentivise manufacturers to bring environmental change, instead of decreeing a scientifically baseless ill-informed green policy, simply to massage the Government’s political ego to lead on an equally clueless climate change world stage. This policy is patently insane when cost-effective clean air solutions supported by drivers are already here.”

Richard Tice, Leader of the Reform UK Party and Broadcaster says: “This ground-breaking but shocking report proves that we have all been deeply misled. The ban on selling ICE cars from 2030 would cost some 5 times more than the notional environmental benefit. Reform UK will campaign hard from now on to scrap this ill-conceived ban which will destroy British jobs. A better win win is possible: new technology giving cleaner engines, cleaner fuel, lower emissions whilst preserving British jobs and enhancing British industry”

Neil Liversidge, Chair of the Motorcycle Action Group says: “This report shows the Government’s proposal to ban the internal combustion engine is utterly misguided, even if you use the assumptions, they themselves have made, and without getting into the environmental arguments. Millions of motorcyclists stand to lose their freedom to buy and ride a petrol machine, even though the costs of this ban are orders of magnitude greater than any possible benefits. This is economic madness, a blight on civil liberties and a clear marker to Ministers to respond, either by explaining where they think this report is wrong, or by withdrawing this misplaced and damaging ban on our right to ride petrol motorcycles.”

Paul Biggs, Director of the Alliance of British Drivers says: “The Cebr report is even worse for EVs than it appears at face value because the claimed benefits are purely theoretical, whereas the costs to taxpayers and households are very, very real. We’d say that the government needs to think again, but it clearly never thought the 2030 ban through properly at the outset.”

Brian Gregory, Director of the Alliance of British Drivers says: “Based entirely on Government (best case) figures and assumptions, the Cebr estimate it is 5 times more expensive in real financial terms than the theoretical savings in banning new diesel and petrol cars in only 7yrs time, that the policy is purportedly to generate. It does none of the major UK political parties any credit whatsoever, that it has taken an alliance of informed, impacted road user groups to commission an independent, objective cost-benefit analysis but still maintaining the government’s own figures and reasoning at the heart of the report. It shows that the lack of any erstwhile Tory Party economic appraisal to the 2030 ban, means the Government were scared of its true outcome, that the widely respected Cebr have now exposed. At no stage has the electorate been consulted or offered any opportunity to approve or reject by for example, a referendum. This policy simply will not work and has no democratic legitimacy.” 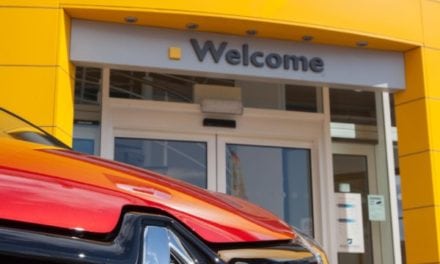 Buy a new Renault this weekend Get 3 Years Free Servicing 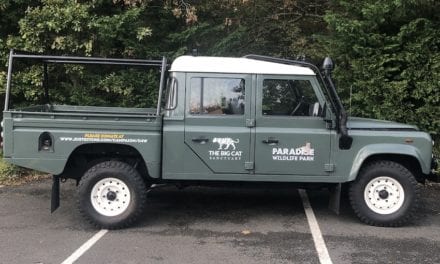 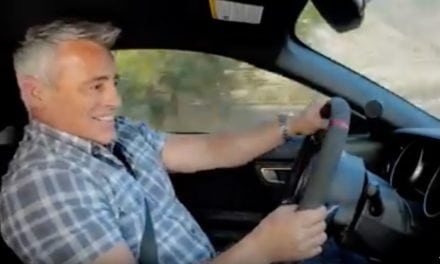