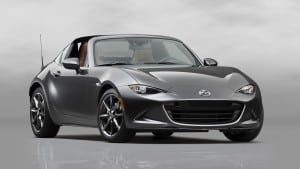 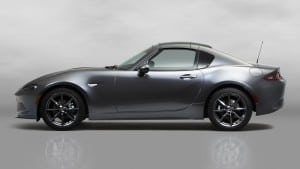 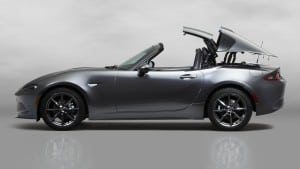 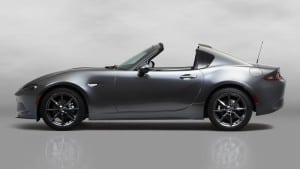 Mazda revealed the Mazda MX-5 RF (“retractable fastback”) on the eve of the New York International Auto Show. The latest version of the legendary sports car offers a new dimension of open-top driving fun while at the same time staying true to the purpose of Mazda’s previous retractable hardtop MX-5: Making the roadster experience accessible to a broader range of drivers.

In doing so, Mazda has broken with conventional thinking to create something entirely new. Featuring fastback styling with a smooth roofline that slopes down to the rear, the MX-5 RF’s unique rear roof and retractable back window deliver a distinctive new convertible feeling.

The power roof opens and closes with the press of a button while moving at speeds of up to 10km/h. The roof itself stows away compactly and efficiently: Despite the sleek design, the MX-5 RF offers the same boot space as the soft-top model. Also like the soft-top, the new version will be available in Europe with a choice of two revvy petrol engines – the SKYACTIV-G 1.5 and SKYACTIV-G 2.0 – mated either to a delightfully crisp shifting six-speed SKYACTIV-MT gearbox or – exclusively for the MX-5 RF – a six-speed automatic.

Another highlight of the MX-5 RF is the selection of body colours. They include Machine Grey, a new premium colour specially designed to accentuate the subtle yet dynamic surfaces of Mazda’s KODO – Soul of Motion exteriors. Developed in the belief that colour is one of the elements of form, Machine Grey expresses the beauty of a machine’s strength and precision. By intensifying the contrast between light and shadow with a sleek, high-density finish, it gives the impression that the vehicle’s body was sculpted from a solid block of steel.

Paint application is crucial here. Mazda progressed its Takuminuri painting technology originally created for Soul Red, Mazda’s first premium colour, to achieve a precise, high-quality finish that looks as if it were hand-painted by a master craftsman. The system uses a three-coat paint structure consisting of colour, reflective and clear coats. The reflective layer, which contains extremely thin, high-brightness aluminium flakes, shrinks during the drying process to about one-quarter the thickness of most reflective layers. This causes the flakes to lie flat with regular spacing between each flake for a high-density finish that gives the entire surface a sheen when illuminated and a genuine metallic look. Jet black pigment, meanwhile, is used in both the reflective and colour layers. It is visible through the spaces between the aluminium flakes, giving them a black hue and thus heightening the contrast. Machine Grey will be available on a range of Mazda models, including the all-new Mazda CX-9 slated to go on sale in North America this spring. 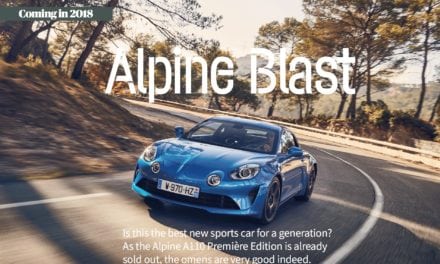 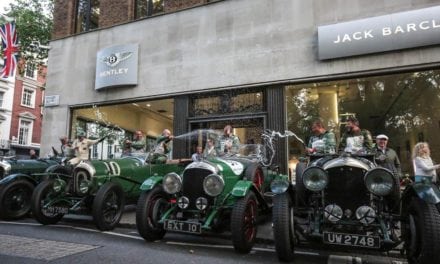 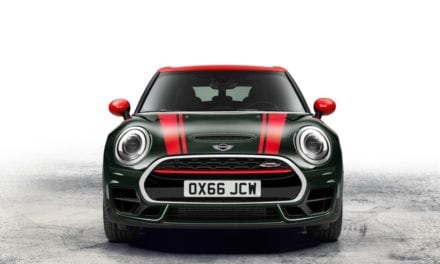 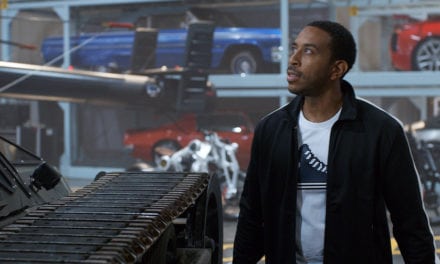